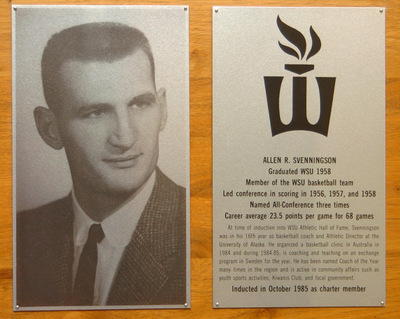 Coached for more than 30 years at Alaska-Fairbanks and Wayne State (NE) College. He organized a basketball clinic in Australia in 1984 and during 1984-85, is coaching and teaching on an exchange program in Sweden for the year. He has been named Coach of the Year many times in the region and is active in community affairs such as youth sports activities, Kiwanis Club, and local government. He is a native of Winona, Minn., where he starred in football and basketball at Winona High School.