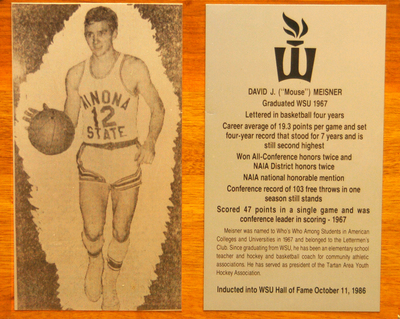 Meisner was named to Who’s Who Among Students in American Colleges and Universities in 1967 and belonged to the Lettermen’s Club. Since graduating from WSU, he has been an elementary school teacher and hockey and basketball coach for community athletic associations. He has served as president of the Tartan Area Youth Hockey Association.