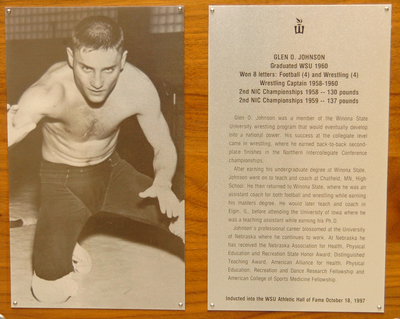 Glen O. Johnson was a member of the Winona State University wrestling program that would eventually develop into a national power. His success at the collegiate level came in wrestling, where he earned back-to-back second-place finishes in the Northern Intercollegiate Conference Championships.

Johnson’s professional career blossomed at the University of Nebraska where he continues to work.