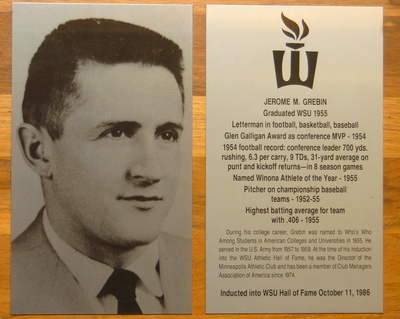 During his college career Grebin was named to the Who’s Who among students in American Colleges and Universities in 1955. He served in the U.S. Army from 1957 to 1959. At the time of his induction into the WSU Athletic Hall of Fame, he was the Director of the Minneapolis Athletic Club and has been a member of Club Managers Association of America since 1974.