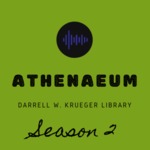 A Trip to Misato Japan

This is an interview with Winona's Mark Peterson. He is the Mayor of Winona and the Executive Director of the Winona County History Center. As Mayor he was invited to Misato, Japan to celebrate the 20th anniversary of the Winona – Misato sister city relationship. Mark shares his 2016 experience traveling to Misato, Japan. moderators Allison Quam and Kendall Larson. [season 2, episode 2]